For celebrating India’s win at the 2013 ICC Champions Trophy, Sharma tweeted a Picture where Cricketer Shikhar Dhawan, Bhuvneshwar Kumar, Suresh Raina and the cricketer himself can be seen posing with the trophy. 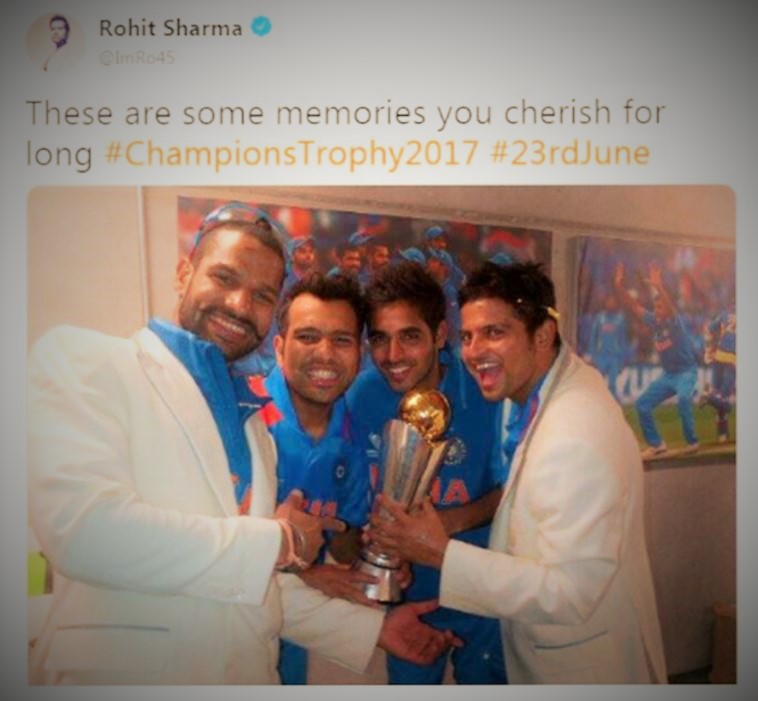 India’s recent victory against Afghanistan on Saturday at the World Cup 2019 in England reminded many cricket lovers of the 2013 Champions Trophy which the Indian cricket team won by beating England team. However, when India’s vice-captain Rohit Sharma shared his memory of that time, netizens noticed a blunder and were quick to point it out.

It did not take long for the twitter tweet to go viral and the trolling to begin including the cricketer Suresh Raina, who too took a dig at Sharma. The tweet has now been deleted now.